BUCKS SUMMIT TO THREE LAKES = 11-12 miles (1-way) depending of which signs or GPS used. 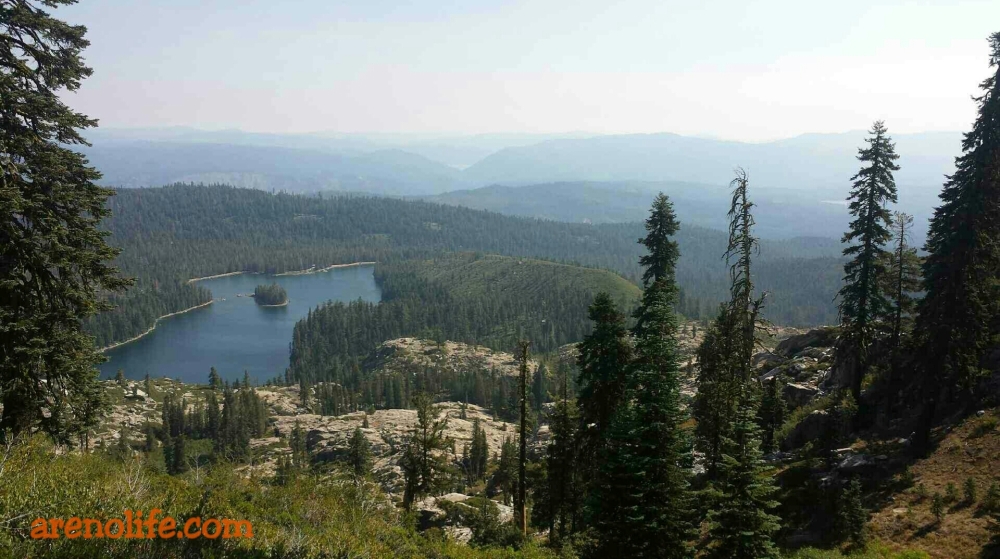 Honestly this trip was WAY too much for me as I did not train (this was couch to 12miles) nor did I have any idea of what I was doing, but I always wanted to cross off backpacking from my bucket list and my husband knows what he is doing, so I tagged along. The first 4 miles were uphill and we ascended 1800 feet. Even the first 2 miles I felt like I was adjusting my pack consistently but the weight was way more than what I was used as a day hiker. I’ve hiked a lot before but not with almost 30lbs on my back. Thanks goodness Deuter makes their packs so the hydration bladder can go on the outside of the main compartment as my sleeping bag did not fit in the “sleeping bag compartment” even compressed down. I have a Deuter Futura 34L for women. (try steapandcheap.com for deals on gear). And the suspension on the pack is not made for that really that kind of backpacking….I also got measured at REI and found out the pack is too short for my torso, ugh.

I have to say – backpacking is exhausting. I liked the adventure but wow, exhausting! I weigh 122lbs so 25lbs is 20% of my body weight so I thought I was right on target for my first trip, but I was WAY UNDER PREPARED as again, this was couch to 12 miles. My back, hips and even shoulders hurt at the end of the day and around mile 6, old soccer injuries started to bug me. The weight made it worse.  I now understand why lighter gear is so expensive and worth it! My brother told me that in the military they say, “ounces equals pounds, pounds equal pain.” And it’s so true. Everything adds up quickly. Here’s what I learned:

Things I’m SO GLAD I brought:

Things I wish I brought – but optional:

If anyone else has any suggestions,
I would love you for you to leave a comment below!!